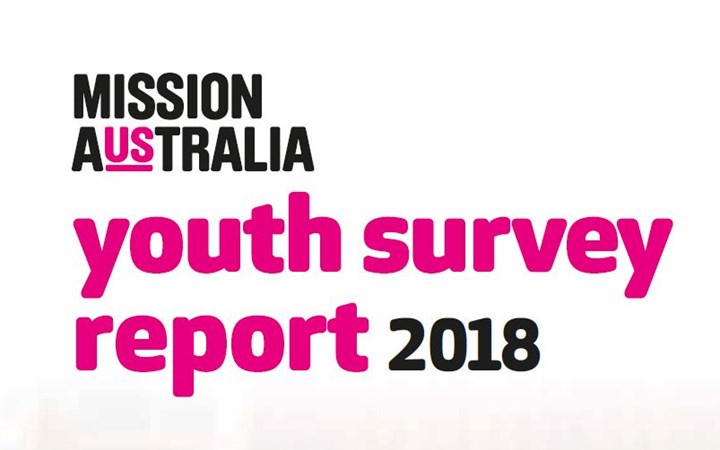 The results of the Mission Australia Youth Survey Report for 2018 have now been released.  Mission Australia hold an annual survey where they ask young people between the ages of 15 and 19 numerous questions in relation to various domains and captures their views and perspectives on a range of issues. Topics covered by the survey this year included education and employment, barriers to employment, moving out of home, participation in community activities, general wellbeing, values and concerns, preferred sources of support, as well as feelings about the future.

This year almost 30,000 young people responded and some of the results showed: