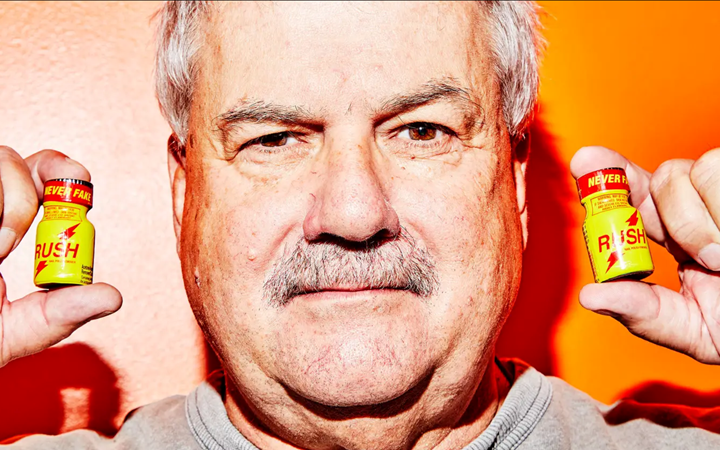 Where do poppers (amyl nitrite) come from?

Amyl nitrite is an inhalant that was invented in the 1800’s and originally used to treat angina. From the 1970’s onwards, amyl nitrite was marketed towards gay men, for it’s ability to facilitate sexual contact. Several brands of amyl nitrite became popular, but none more so than “Rush'' which became the most popular brand of amyl nitrite around the world. The story of how “Rush” became iconic is a fascinating tale. Amyl nitrite was made illegal in many places around the world, leading to novel nitrites replacing amyl, along with numerous branding ruses such as labelling the nitrites as “video head cleaner” or “room odouriser.” BuzzFeed News tracked down one of the leading producers of nitrites for an interview, in a story titled “This man does not make poppers.” The practice of mislabeling and substituting chemicals based on changes in legislation continues to this day. In Australia, amyl nitrite is now a schedule 3 substance, which means it can only be sold in a pharmacy.

Go to “This man does not make poppers”